Where is Kenya Os from?

Kenya Os will be the next princess of Mexican pop, but what is her origin and in what city did she grow up? 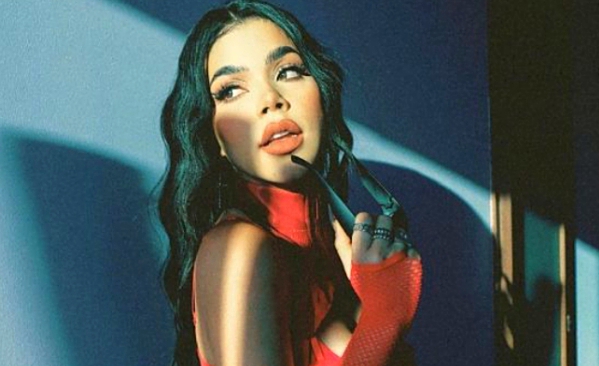 Kenya Os  is the inspiration of Internet users due to her origin . With her talent and charisma, the 23-year-old singer has managed not only to be a celebrity, but also an outstanding businesswoman in the world of Mexican beauty. To know the success of the artist, we must go back to her early years in the city where she was born.

The creator of 'Changes of the Moon' has not accepted “no” for an answer, and proof of this is her perseverance in making her dreams come true. The singer has followed each of her passions: from creating a line of cosmetics to bringing the songs she has written to her audience.

Who is Kenya Os?

Actually, Kenia Os is her stage name, because when she was born on July 15, 1999, her parents called her Kenia Guadalupe Flores Osuna. Her origin begins in the city of Mazatlán, Sinaloa, Mexico, where she spent a large part of her childhood next to her paternal grandmother, who took care of her while her mother worked.

In 2015, he was curious to open a YouTube channel where he showed different aspects of his life in his hometown. Years later she would join a group of influencers on the platform, but she would leave it in May 2018. She continued her career as a youtuber.

He was encouraged to create another channel called Team Os together with his sister Eloisa Os, as well as with friends who had the same  origin , that is, who lived in the same city . Currently, the channel continues, but she is only dedicated to uploading content individually. In August 2018, she debuted as a singer with the song "Forever", under the Lizos Music label.

In 2020, being part of Spotify's emerging artists, he releases his second EP 'Canciones pa mi ex. Vol.1'. A year later, Kenia Os announced her independent record label, K Records, with which she is performing a virtual concert titled 'MelanKOS', which broke the record for the streaming event with the most viewers in Latin America.

In October 2021, his incorporation into the Sony Music Mexico label became official and, in addition, he performed the main theme of the Telenovela, 'Contigo Sí', together with León Leiden. By 2022, he presents his album 'Cambios de Luna'. The singer has not only grown in the musical field, because she has also done business with her mother and sister in her  hometown  .