which is celebrated on September 21 in Mexico 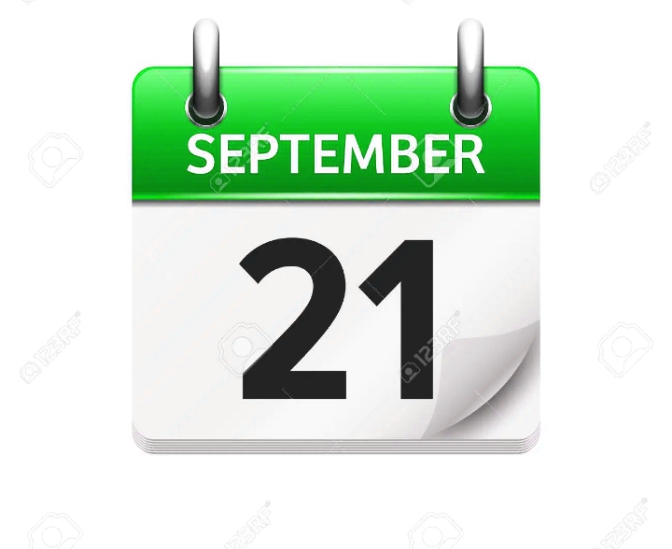 In 1551, the Royal and Pontifical University of Mexico was created

The ecclesiastical and civil communities in New Spain made frequent requests to establish a university in Mexico City, where all kinds of science could be studied. Finally, the repeated requests were met by the Spanish Crown, through a royal certificate created by Carlos V. The Royal and Pontifical University of Mexico was created on September 21, 1551, similar to the European universities of the time, divided into faculties older and one younger. In the majors, Theology, Medicine, Law and Canons were taught, while in the minor, Art and some chairs of Indigenous Languages ​​and Astrology, among others, were studied.

In 2010 it was estimated that around 35.6 million people were living with Alzheimer's, by 2030 the figure would reach 65.7 million. Within the framework of these statistics, the World Health Organization, sponsored by Alzheimer's Disease International, proclaimed September 21 as World Alzheimer's Day. The objective of this commemoration is to spread information about the disease, raise awareness among the population and emphasize that those who suffer from it should attend support groups.

It's International Day of Peace

The General Assembly of the United Nations Organization declared every September 21 as the International Day of Peace and this day serves as an opportunity to strengthen the ideals of peace within nations, as well as among all of them and their peoples. The UN Member States adopted the Sustainable Development Goals in 2015, as they understood that a peaceful world would not be achieved without measures that promote economic and social development. Throughout this day, the UN calls for a ceasefire in combat zones to allow the entry of humanitarian aid.

It's National Day of Wrestling and the Mexican Professional Wrestler

As approved by the Chamber of Deputies in April 2019, every September 21 the National Day of Wrestling and the Mexican Professional Wrestler is celebrated. The initiative proposed three years earlier is due to businessman and visionary Salvador Lutteroth González. this sport became one of the most popular shows in Mexico, it is recognized as Intangible Cultural Heritage of Mexico City. This commemoration highlights wrestling as an activity that transcends borders, today it has become synonymous with Mexicanness.

Renowned Mexican essayist, narrator and poet, he also studied acting at the INBA Theater School. Featured as one of the fundamental authors of Mexican literature, he was a refined prose writer who left stories, essays and La feria, one of his most emblematic novels. His work formed a whole generation of writers, the best stories of him can be found in Varia Invention and Confabulario, which integrates the recordings of the Voz Viva de México collection at UNAM. He was a professor at the university's Faculty of Philosophy and Letters, received the National Prize for Sciences and Arts in 1979 and the UNAM Prize in 1987, due to his artistic contribution and extension of culture.

Renowned novelist, journalist, sociologist and historian. He also stood out as a political philosopher and although his narrative addressed various topics, he is considered the first follower of Jules Verne thanks to his science fiction. A famous thinker and activist, Wells was a firm believer in education as a fundamental tool for transforming the world. Among his most emblematic works, which also had a place on the big screen, stand out: The Time Machine, The Island of Doctor Moreau, The Invisible Man and The War of the Worlds.

He was a German philosopher who is considered to be the master of deep pessimism and one of the most notable of the 19th century. He developed a post-Kantian philosophy that even today remains one of the most influential in the thought of other philosophers such as Nietzsche and Freud. The enemy of dialectics and materialism. His most recognized work is "The World as Will and Representation" (1819) and it had a great influence on economic thought for many years, but it gained importance after the revolutions of 1848.

Outstanding American cartoonist, his career and ingenuity allowed him to become the director of the animation division at Warner Bros. Especially recognized for his work on Looney Tunes and Merrie Melodies, he created a series of characters that became iconic such as Wile El Coyote, Henery Hawk, Pepe Le Pew, Marvin the Martian, Roadrunner and Gallo Claudio. He made nearly 300 films and was nominated for 9 Academy Awards of which he won three, and received a Lifetime Achievement Oscar Award in 1996.

Renowned musician, writer, singer and songwriter, he is considered one of the most influential American folk artists of the 1960s and 1970s. He began his musical career with the help of Juddy Collins, who introduced the then-promising writer and poet to music circles. He learned to play guitar at a very young age, he founded a folk music group called the Buckskin Boys. Throughout his career he recorded 14 studio albums, is part of the Rock & Roll Hall of Fame and is also a member of the Songwriters Hall. His songs highlighted the strength and literary quality of his lyrics, reinforced by expressive melodies that influenced many contemporary singer-songwriters. As a writer he transcended thanks to works such as: The favorite game and The beautiful vanquished, he also wrote poems that are part of his literary legacy:

Renowned British musician, he is a founding member of the band Oasis with his brother Noel Gallagher. Oasis is one of the most important bands in the Madchester music movement, their debut album was Definitely Maybe. It became the best-selling album in the history of his country, after Liam continued his solo career since Oasis disbanded in 2009. He won the Brit Award for Best British Album in 1996, he also won an MTV Europe Music Award for Best rock artist in 1997.